The Greek rail operator TrainOSE wanted to increase operational efficiency by tracking the movements of its freight trains from the border station throughout the entire rail network. For this purpose, the company opted for a Kathrein RFID solution which was installed by the system integrator Trinity Systems. With the help of Kathrein RFID products, TrainOSE carried out a test phase to lay the foundation for real-time tracking of some 4,000 railway carriages.

As the former subsidiary of the Greek public railways (OSE), TrainOSE operates all passenger and freight trains using the OSE rail infrastructure. The rail operator also manages the leasing of OSE’s own rolling stock. In order to be able to precisely map and improve logistical efficiency, TrainOSE needed a system that allowed the movements of domestic and international freight trains to be tracked in real time from the border station. The rail operator’s main expectations of the test results and subsequent implementation of the system were optimised logistical planning and a better overview of network utilisation 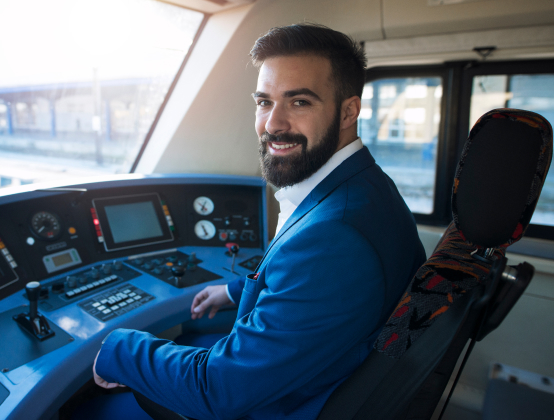 The rail operator awarded the contract to the system integrator Trinity Systems. A nationwide network of UHF readers was installed along the TrainOSE railway lines. Kathrein RFID RRU4 readers and wide-range 70°antennas operate faultlessly – even at very high temperatures. They reliably identify and register each individual train, however fast it is travelling, thereby ensuring maximum transparency. More than 40 nodes were set up in total, along with over 150 identification points. In order to generate a centralised pool for all data including time stamp, ID and status, the RFID readers were cleverly linked to the backend – either wirelessly via WLAN bridges or by LAN cable.

The Kathrein solution fully met the customer’s requirements. Real-time data can be generated, analysed, filtered and also cached in the event of network failure. Using intelligent Kathrein RFID software, planning an process security decisions can now be made more quickly and reliably. This significantly increases efficiency along the entire value creation chain. After successful completion of the test phase, all carriages are to be fitted with permanent RFID tags, while foreign test carriages will have temporary transponders installed. The rail company can now look forward to optimised logistical planning and, as a result of this, an enhanced overview of network utilisation and improved calculation of leased carriage service life.